People's rights are our mission and motivation

The Access to Justice Foundation is lucky to have talented and committed staff and trustees to deliver our mission and uphold the rights of everyone in our society, regardless of means and circumstances. 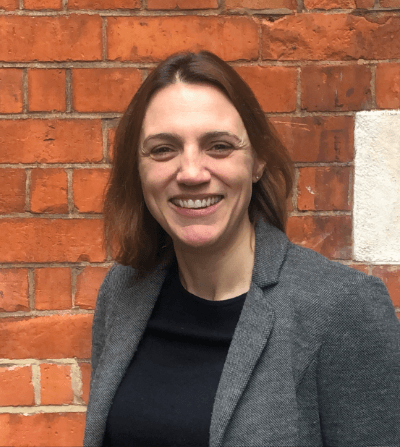 Ruth Daniel is the Chief Executive Officer at the Access to Justice Foundation. Ruth is responsible for the overall strategic direction of the charity. 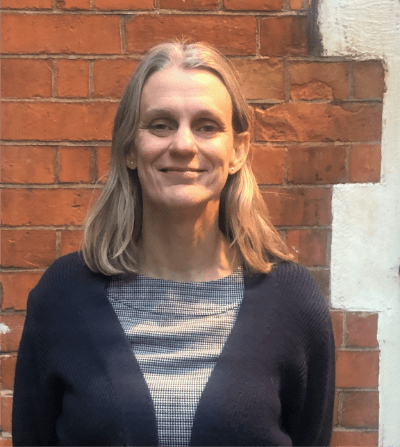 Clare Carter is the Deputy Chief Executive Officer of the Access to Justice Foundation. Clare is responsible for ensuring the sustainability of the Foundations charitable activities.

Peter Fruin is the Finance and Operations Manager at the Access to Justice Foundation. Peter is responsible for the Foundation’s Financial records and operations, as well as Legal & Governance matters.

A CIMA-qualified accountant, Peter has extensive experience working in both Finance and Compliance at the trading arm of the Royal Institute of British Architects. 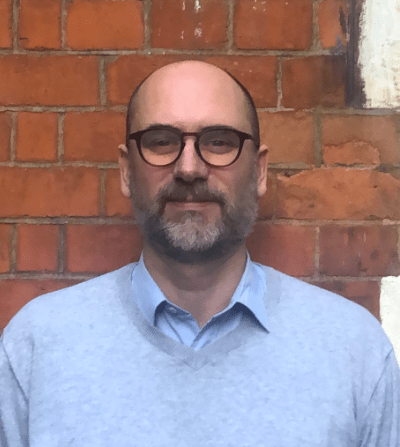 Greg Hodder is the Head of Development at the Access to Justice Foundation. Greg is responsible for fundraising and communications. 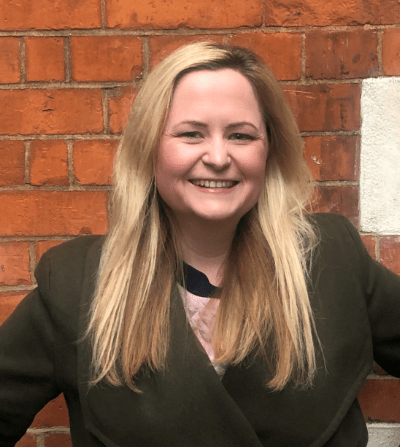 Laura Cassidy is the Fundraising and Development Manager at the Access to Justice Foundation.

Sarah Sandall is the Communications Officer at the Access to Justice Foundation.

Sarah is responsible for publicising the work of the Foundation and is the first point of contact for media enquiries.

Madeleine Lustigman is the Grants Coordinator for the Community Justice Fund.

Marine  Bourgeois is the Grants Officer for the Community Justice Fund.

Stacey Lamb is the Programme Director for the Litigant in Person Support Strategy. She is responsible for overseeing and implementing the programme of partner activities within the strategy. 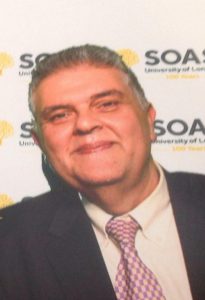 Sasan Abtahi is the Grants Manager for the Foundation and Litigant in Person Support Strategy. 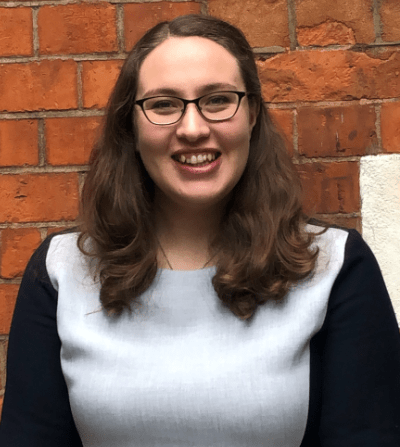 Martha leads the Litigant in Person Network as Network Development Manager, focusing on supporting the access to justice sector to work together more effectively, communicate more easily and work more strategically. She initiated the innovation workstream with a focus on data, design, tools and technology. A law graduate, she has previously worked in fundraising and business development across a number of access to justice organisations and has seven years’ experience in the sector. 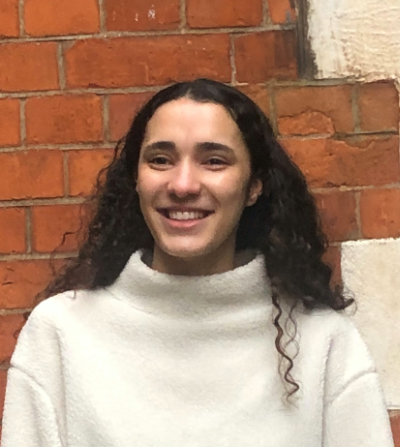 Chairman of the Board (former HM Attorney General)

Lord (Peter) Goldsmith QC, PC, is the London Co-Managing Partner and Chair of European and Asian Litigation at Debevoise & Plimpton LLP. He served as the UK’s Attorney General from 2001–2007, prior to which he was in private practice as one of the leading barristers in London.

Lord Goldsmith acts for a variety of clients in arbitration and litigation around the world. As the UK Attorney General, he represented the government in numerous cases in UK and international courts. He also argued as counsel in the House of Lords two of the 15 cases regarded as the most important British cases of the last 150 years.

Lord Goldsmith has a strong history and life-long support for pro bono assistance to bring legal advice to the disadvantaged. As a young lawyer, he started a legal advice center in the East End of London and, later in his career, founded the Bar of England & Wales’ Pro Bono Unit (of which he remains President) and the Attorney General’s pro bono coordinating committees. Amongst other recognitions, he was awarded the Lifetime Award for Extraordinary Contribution to the Development of Pro Bono Culture in Europe at the 2014 PILnet European Pro Bono Forum.

Laurence is a solicitor who has practiced in the area of commercial litigation all his career.

He was one of the founder partners of the London office of the international law firm of Cooley, where he is now Vice Chair of the firm’s global litigation practice.  He advises Governments, large corporates and high net worth individuals in complex commercial disputes. Prior to joining Cooley, he had been a Managing Partner of a UK firm, and then the Deputy Managing Partner of a large US law firm.  He is a solicitor-advocate.

(appointed by the Bar Council, former Chairman of the Midland Legal Support Trust)

Lance Ashworth QC is a barrister specialising in Chancery and Commercial litigation from Serle Court.  He was chairman of the Midlands Legal Support Trust from its inception until May 2012 and has been the Bar Council’s appointed Trustee to the Access to Justice Foundation since March 2014.

He chairs the Strategy and Development Committees, and currently sits on the Nominations Committee and the Grants Committee.

She is a family lawyer and partner in the firm Caswell Jones, Caerphilly.   Frances takes a great interest in access to justice in Wales and is Secretary to the Legal Wales Foundation, a member of Reaching Justice Wales committee and is the CILEx Advisor for Wales.

(appointed by the Board, former Officer of the Foundation)

Toby Brown is a commercial barrister at South Square Chambers, who was involved in establishing the Foundation in 2008 and originally served as executive officer before becoming a trustee.

Toby has been involved in a number of pro bono and charitable initiatives, and currently chairs the organising committee of Pro Bono Week. He also sits on the Bar Council’s pro bono and social responsibility committee.

(appointed by the Board, Treasurer)

Nicola is a portfolio non-executive director with over 30 years of business experience. She is a qualified chartered accountant and her business experience has covered a wide variety of sectors including legal services, technology, telecommunications, retail, media, financial services, regulation, housing and charities.

In addition to her role at ATJF she is currently chair at Milton Keynes Development Partnership, chair at CHP Ltd, a board member of the Bar Standards Board, a trustee of the charity Changing Faces, a member of the Managing Partners Forum advisory board and an advisor to LegalTech firm Legl.

Jeffrey Forrest studied law at the London School of Economics and following articles in the City of London he was admitted in 1975. He has also been admitted in Ireland. For many years he had his own practice and he is now a consultant with a London firm.

He is a former president of the Westminster & Holborn Law Society and a liveryman of the City of London Solicitors Company.  He is one of the founders (and a trustee of) the Colombia Caravana, supporting human rights defenders.

Dame Janet Smith practised at the bar in Manchester Chambers from 1972 until 1992 when she was appointed a judge of the High Court (Queen’s Bench Division). She was a Presiding Judge of the North Eastern Circuit from 1995 until 1998. From 2001 to 2005 she conducted the public inquiry into the activities of the serial murderer Harold Shipman. After that she took up her place in the Court of Appeal to which she had been appointed in 2002.  She was President of the Council of the Inns of Court from 2006 to 2009. She was chairman of the Security Vetting Appeals Panel from 2000 to 2009.   She retired from full time sitting in the Court of Appeal in 2011 and was Treasurer of Lincoln’s Inn in 2012. She was the Independent Assessor of Compensation for Miscarriages of Justice from 2011 to 2016. In 2013 she undertook the BBC’s review into allegations of sexual abuse by Jimmy Savile. She now sits as a judge of the Court of Appeal of Gibraltar.

Board member of Advice Services Alliance. Alice is currently Senior Development and Operations Manager at Connection Support a charitable organisation with a focus on homelessness, mental health and independence.

Alice has worked at senior and Board level in the advice sector for the past 20 years with particular experience in social welfare, debt, housing and community care. Previous board member of Green Square Group and Agnes Smith Advice Centre and Board Chairman for Oxford Citizens Housing Association.